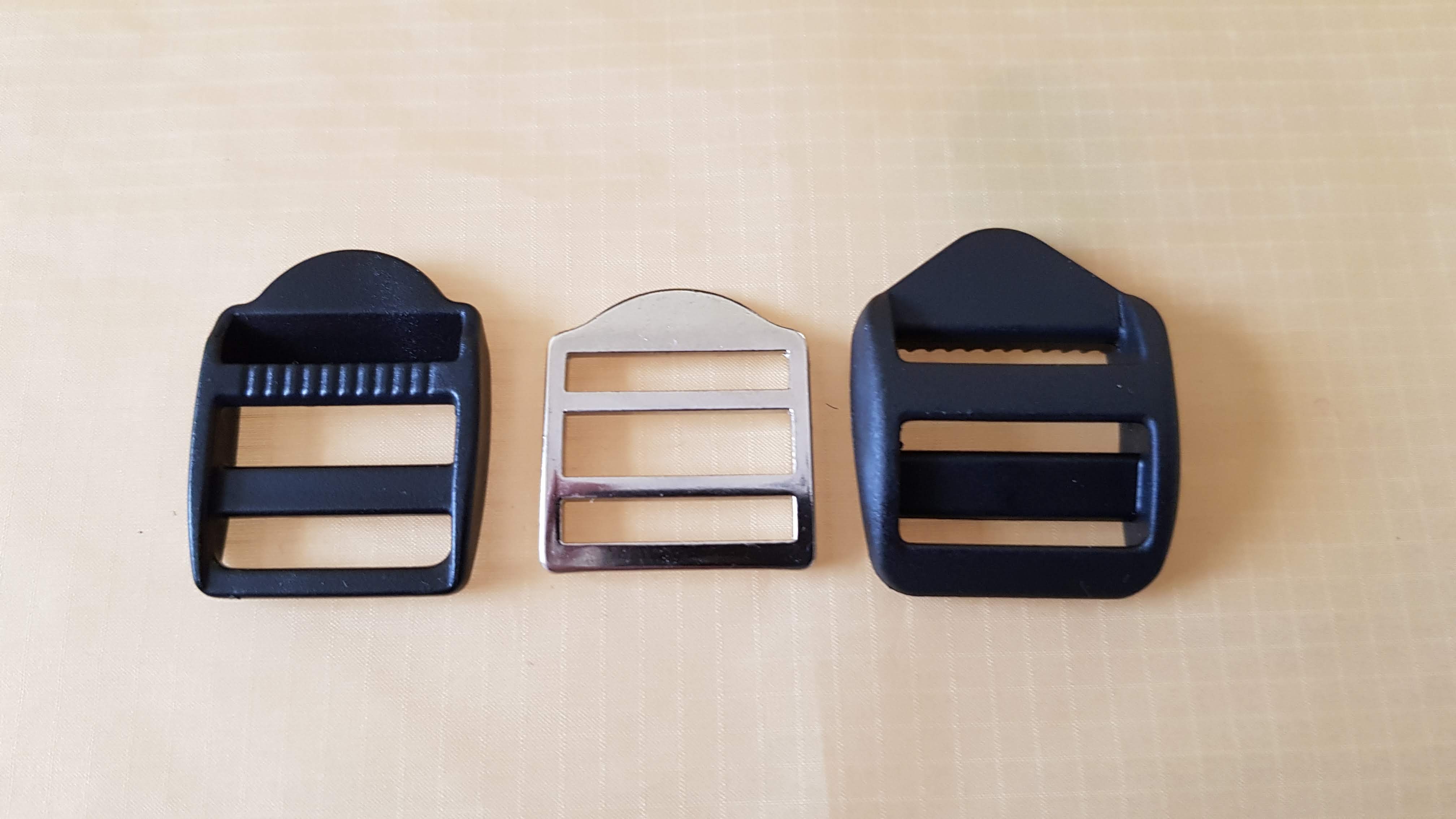 With an invitation to the Kite Festival in Berlin last year and being limited to 23 kg per bag, I decided that taking my large holdall bag which is designed to take 30 kg plus would be a wasteful since it would be half empty, so I decided to design and make some lightweight flight compression bags with no exposed strap ends.

On previous bags I have always used webbing ladder lock buckles of the type seen on the left of the image, they are cheap and readily available on eBay, and from craft and DIY stores. However bags I have had issues with the central bar snapping under load, which is not something you really want to happen when you are overseas and about to fly home. As a result I decided to invest in some metal buckles (middle buckle) which in theory should be more durable than moulded plastic.

The buckles were ordered and fitted to the bags and two days before flying to the festival I started packing. At this moment I discovered the flaw in my decision as fast as I tensioned one strap the others were slipping loose and given an hour or so the bags had completely decompressed themselves. Closer inspection revealed that the buckle simply did not lock when used in combination with the webbing I had used or with and of the webbing that I had in stock for that matter. With little time I went to our local DIY centre and bought enough of the buckles, of the type that I wanted to avoid, to rework the bags.

Everything seemed to go well until we were packing on the flying field to come home and one of the buckles snapped. We managed to tie it off but there was always the worry that other buckles would give way during transit.

Once home I decided to hunt down something more durable, and managed to source some Military grade buckles (right hand buckle) these are rated to a 100 kg tension load, and perversely when bought in bulk are cheaper than both the cheap buckle and the metal buckle. Buy 100 buckles might seem excessive but that’s only 25 bags and I have made more than that already.

After four iterations of the 3D model, a similar number of iterations on the 3D to 2D unfold and... 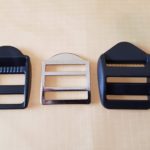 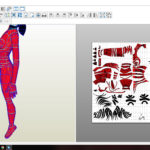