Once again the skies above Southsea Common, Portsmouth will be filled with a myriad of kites of all shapes and sizes on August 12th and 13th 2017, 10am until 5pm both days. This free event is jointly organised by Portsmouth City Council and The Kite Society of Great Britain.

The event has a spectacular setting on Southsea common overlooking the Solent and the location offers wide open spaces and good winds which allows kites fliers to show off their creations at their best.

This year celebrates the 26th Portsmouth International Kite Festival and the theme is “The Seven Continents” – although Antarctica may be a bit of a problem.

We hope to have kites and kite fliers from six of the continents of the world. Countries already pencilled in are China, Malaysia, Australia, New Zealand, South Africa, North and South America as well as countries across Europe. Plus, of course, kite fliers from Great Britain.

Who comes with us? 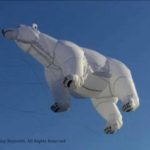 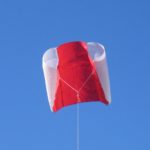